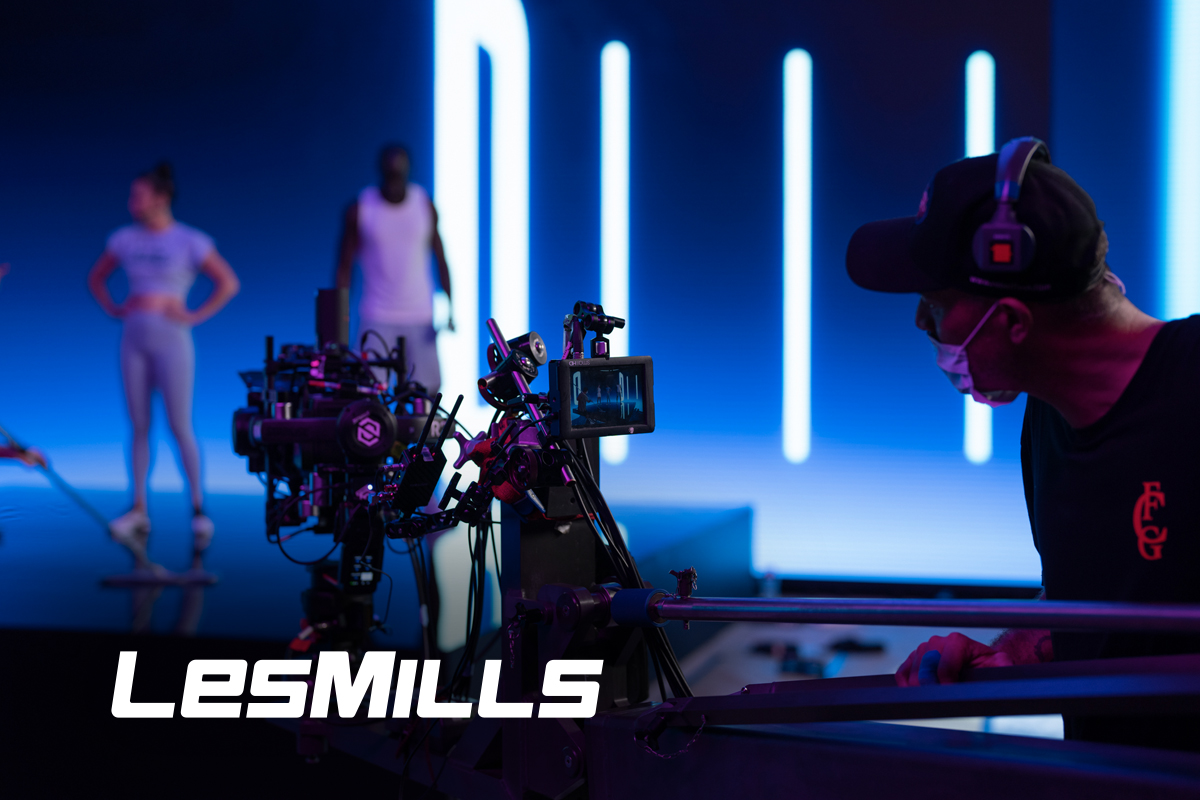 It all started with one man…. Since its launch in 1968, Les Mills International has grown from a simple New Zealand-based gym opened by four-time Olympian Les Mills and his family, to  a global brand changing the world of fitness. 20,000 partnered gyms in over 100 countries use Les Mills bespoke fitness programs to get people moving - with one gym saying “...fans are adamant that they do not feel coerced into exercising. Rather, they credit Les Mills routines with amplifying their passion for exercise.” 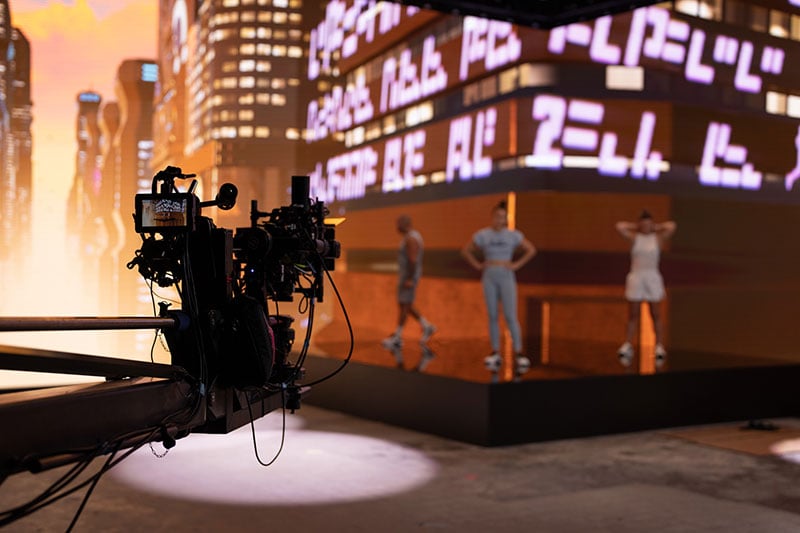 That passion is thanks to their incredible high-energy, science-based workout programs which are filmed and distributed to their 120,000 instructors. 100’s of hours of video content are created every year, including their cornerstone “Masterclass” which are 30-60 min educational videos to teach Les Mills Instructors the most up-to-date version of any of their 15 workout programs. Content on this scale needs a mighty strong team of creators and The Workroom, Les Mills video content agency, does a lot of the heavy lifting.

Ross Peebles, Director at The Workroom, says that managing so many videos used to be an incredible task. “We used to send out USB sticks for approvals! With team members across the country and often travelling overseas, this process was time-consuming, costly, inefficient, and at times simply impossible!”

The number of emails that used to fly around was crazy. People would miss an email, miss a deadline or the courier wouldn’t deliver the USB stick. Even when we did get timely feedback, it could be misinterpreted or we’d have to go back and clarify a request.”

As the number of videos produced increased, the inefficiencies started to slow their pace. Something had to change… And the winning ticket was Wipster. 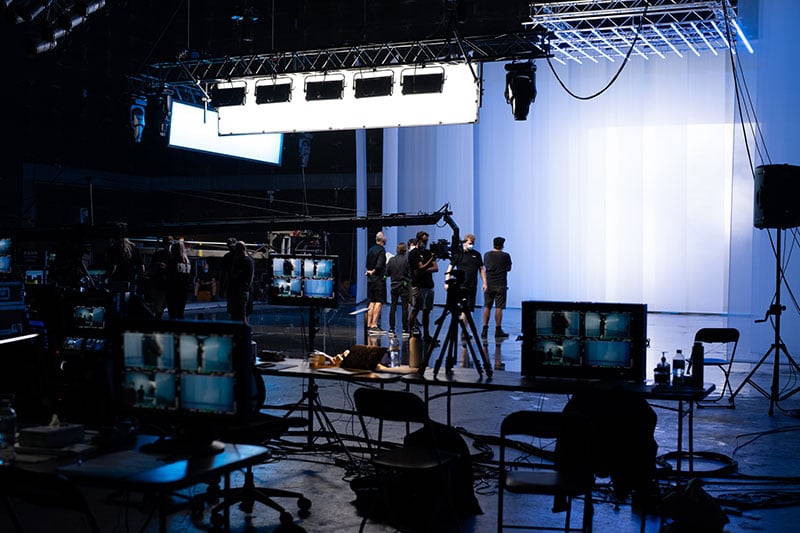 “Looking back on it now, life before Wipster feels positively archaic,” Ross shares. “With the challenges of working remotely during COVID-19, it simply wouldn’t have been possible to create a lot of the content we have in the last two years without Wipster.”

Ross and his team love how easy-to-use and reliable Wipster has been for their workflow.

“Wipster has the simplest and easiest to use interface and most people we work with have easily adapted to using it with a minimum training. And from a back-end perspective, Wipster is never “down”. Uploading and transcoding is so fast and easy. There are times when we will be uploading dozens of 30 – 60 minute videos and so far Wipster hasn’t missed a beat.”

“There can’t be any interruptions to the on-going content delivery cycles and deadlines. We considered a lot of different video approval platforms before making the change to Wipster, and it’s been a gamechanger for the creative sign-off process for Les Mills International.”

Not only has Wipster helped them manage their video content stress-free, it’s also transformed the way they work - their workflow is now anchored around using Wipster’s seamless review and approval tools.

“We do an initial offline edit for basic creative sign-off. There are usually between 5 – 10 people involved in this and all notes and revisions are managed through Wipster.” Ross explains. “We then move to a second sign-off process where any requested changes, graphics and QC issues are addressed.  We then sound-mix and colour-grade each program and they go through a 3rd and final sign-off process before captioning, languages and translations are done.”

“Wipster has also grown with us and simple upgrades like the 4x playback buttons have been a great addition.  The mobile app has also continued to evolve into a really powerful tool.”

And their video content is better for it. “The wider creative team now have a better understanding of what’s possible, but most importantly it’s also improved the overall quality of the content,” says Ross.

Got big plans this year for scaling up video content in your creative team? Ross has some words of wisdom: “Our advice is simple – get on board! The team at The Workroom have decades of industry experience between them and we’ve all watched the phenomenal growth of online video content. The power and reach of video content is – simply put – unbeatable.”

And the most important thing for successful video content? The content itself - but don’t get it twisted, says Ross.

“We’ve always worked by the mantra “content is king” and this is where Wipster has been a gamechanger for both The Workroom – but also our client Les Mills International. It’s simplified and streamlined the process so that we can concentrate on what matters – the content!”

“The Workroom’s tagline is “Creative content that works for you” and Wipster has helped us achieve this.”

Let Wipster do the heavy-lifting and let your team get back to the work that really matters - creating beautiful video content for your audience. Chat to the Wipster team today to get back on track and transform your workflow.

Start a free trial today, or better yet, reach out for a demo! Contact the Wipster team and take your video content workflow to the next level.  Email us at sales@wipster.io

Collaborating with scientists from across the globe: Why using Wipster was a no-brainer for the Society of Neuroscience

Did you know that we only use 10% of our brain power?

Emerald  is a leading producer of business-to-business trade shows, conferences, content & media products in the United States. They have ~700...

Luke Sibbald-Dale founded Astery in London back in 2008, as a video-obsessed high school student. Fast forward to today, and Astery has become a...