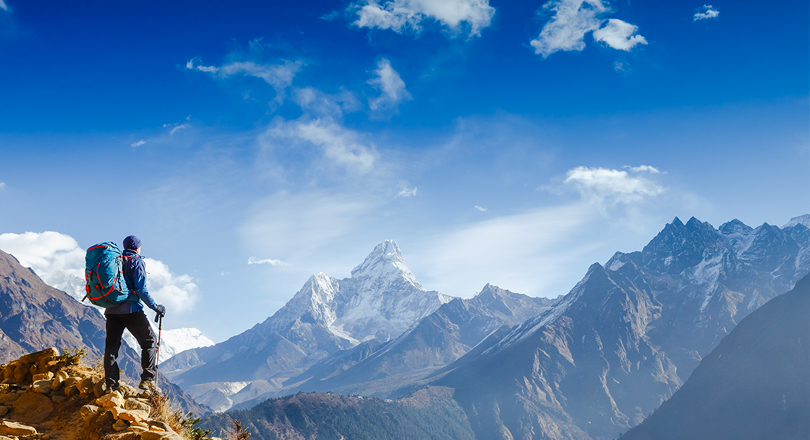 For the past few years, we’ve been talking a lot about video marketing. Thousands of articles have been written on the many benefits of video in the digital realm. But, even today, most brands struggle to create and sustain a robust video marketing strategy, especially in niches that could be considered bland.

REI, however, is not one of them.

REI, Recreational Equipment Inc. is an American outdoor services brand. Why are they such a big deal? Because slowly and steadily they’ve been changing the video marketing domain with their shrewd tactics and burgeoning success. Like always, let’s lay down some numbers, shall we?

REI has won a lot of shiny awards (hint. Titanium Grand Prix at Cannes for #optoutside), received millions of impressions on their video campaigns, and an outpouring of love from people all across the globe. They're also fans of Wipster, which has helped accelerate their video project turnarounds and review processes so that high quality video content never touches the ground.

REI is no longer just a brand; it’s an institution for every individual who wants to play outdoors, despite the many hurdles in their way.

And how exactly did they achieve this feat?

Emotional Storytelling at its Finest

What gives a brand an edge over others in a saturated marketplace? Strategic storytelling which highlights their core values and ensures that they’re inline with their audience’s.

REI’s a master storyteller. All their videos speak at a highly personal level. And why wouldn’t they? They’re big on collecting data of potential consumers to fine tune their campaigns, and it pays off big time in their favour.

Rei advocates for a life outdoors for everyone and their videos reaffirm that. Their video campaign, Brothers of Climbing, completely annihilates the myth that people of color don’t climb, hence, appealing to a wide, underrepresented audience.

And this is how the audience responded back.

Another one talks about the greatest outdoor misconception ever - women are not outdoorsy. They destroyed this fallacy through this video and people went crazy over it.

The secret behind their insane success is their keen understanding of their audience. They know exactly who their audience is, what they want from the outdoor life, their desires, their problems and barriers, everything. And this helps them create laser-targeted, superbly created, and these great tear-jerkers.

User-generated content is 5x more likely to convert customers when paired against “professional” or non-UGC.

REI’s Instagram feed is mostly curated with stunning user-generated content. Their super-successful UGC campaigns resulted in millions of stunning visuals by users and different brands, and REI showcases them regularly on their feed.

Their 1440 Project campaign, where users were asked to show how they get outside in 1440 minutes (equals a day), was a major hit and it garnered over 3 million posts. REI then went on to feature several of these on their feed.

They used the metadata of the uploaded images to tag them according to time, location and date for future use. They also made sure to seek permission from users before using their pictures.

“It turned out to be really smart. We didn’t realize the repercussions of it when we did it. But the structured way we captured the meta-data and UGC helped lay the groundwork for how we use the user-generated content.” Lulu Gephart, REI’s Manager of Social Media

They also focus on creating sustainable campaigns, ones that are still active years and years after their launch. And 1440Project is definitely popular even now, 6 years after it first launched.

After its stupendous success, REI introduced another variation of 1440 project, Camp Illustrated. This consisted of replicating user-submitted images through colorful illustrations.

This was one of their popular sweepstakes campaign that received a ton of user generated content. They turned several of their followers answers into short videos and posted them online.

Another one of their campaigns where they feature videos created by REI members and customers on YouTube. An entire playlist is dedicated to this campaign on YouTube.

Laser-Targeted Videos for Each Social Platform

“We’re reaching people who have different needs and interests at different times. It’s not a linear relationship and not always about retail transactions with our business.”

Having a dominant presence on social media is vital for brands in this day and age. And REI makes sure it’s social media profiles are fully optimised. They create a multitude of videos for their social media platforms. Each of these videos is honed according to the social platform REI hosts it on.

Video views on Twitter have grown a whopping 220 times what they were in 2015.

They post 30 second short video films, along with the video captions, keeping in mind that people prefer watching videos without audio on social media.

They use GIFs frequently to respond to their followers. All of their GIFs are marked with their brand logo and the campaign hashtag, for further subtle promotion and to establish brand authority.

The chances of selling to an existing happy customer is 14x higher than the probability of selling to a new customer. And REI knows this. Hence, they’ve got the best customer service videos to appease their customers.

On Facebook they have more creative freedom to explore different video lengths, so you’ll find a lot of different types of videos on their Facebook page.

They made great use of 360-degree videos, featuring local artists and how they drew inspiration from nature. This 360-degree partnered campaign received over 822,000 views on Facebook and reached a gigantic audience, over 1.5 million Facebook users.

Live videos are all the rage in the digital world, and REI doesn’t like staying behind. According to Google Trends, search popularity for the "Facebook live stream" has risen over 330% from its inception to date.

REI has conducted multiple live sessions on Facebook on different occasions and subjects. Some included camping tips and tricks, others revolved around influencers and their interviews.

However, each of their live sessions remained in the 10 to 15 minutes time range (the optimum time range) for maximum engagement.

They also have a super-cool video series, TrailHeads, going on at Facebook and YouTube simultaneously. It features REI Co-op instructors and they teach people how to paddleboard, trail running, snowshoe, and what not. It’s hilarious and real, and everyone can relate to it. As you can see, the comments section is bursting with laughter, tags, and positivity.

They’ve taken advantage of cover videos on their Facebook page to further increase their social interactions and conversions.

"By making cover video available, we want to help you create more engaging interaction and drive more rich experience for your audience by letting you spotlight your creative content in one of the most prominent space: your Page cover.”

One way to establish your authority in your niche and be known as an expert is to create amazing how-to content. Robert Cialdini’s book, ‘Influence’, preaches this.

Neil Patel, Bryan Harris, Rand Fishkin and so many others established their expertise in the digital world by putting out impressive and super-useful pieces of how-to content in both static and video format.

They have a whole section on YouTube dedicated to their ‘experts’ video library, where they post short tutorials and how-to videos on common problems their audience face. As people who’re new to the outdoor world research their hobby, they stumble across these how-to's, learn from the videos, and hop on to REI's website to purchase their products. It’s an excellent way to attract new customers.

How KQED saved five hours of editorial review per video

KQED isn’t just a media company. Their mission is to ‘inform, inspire and involve’ the people of Northern California with their community-led...

22,000 students, 2300 employees, and in the top 2% of universities in the world - Victoria University of Wellington is a world-class educational...

Production Agency LEAP Spark is in the business of making moments that matter. As a part of LEAP Group, an independent network of specialized...