How Marriott Became The No. 1 Luxury Brand Thanks to Their Video Content Strategy 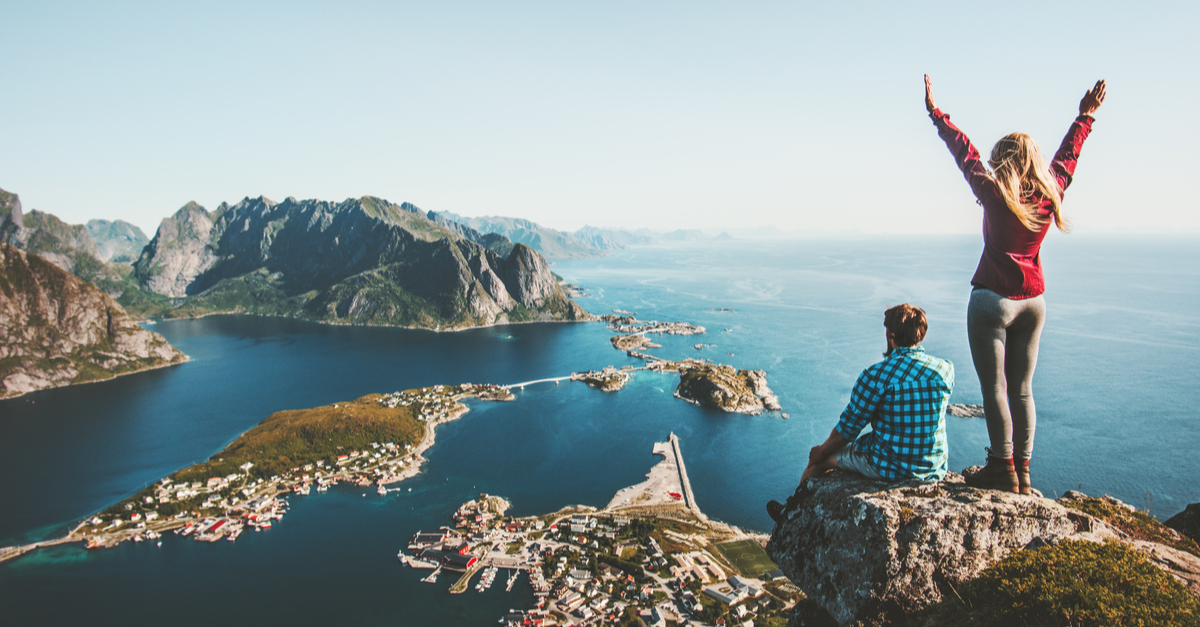 Do you binge-watch travel vlogs when you’re thinking about taking a trip?

You’re not alone. YouTube data shows that travelers are spending more time watching online videos than ever before, with views of travel-related content up 118% year over year.

In the travel industry, video is one of the most potent marketing weapons. After all, research tells us that 65% of leisure travellers watch videos when thinking about a trip, 48% when considering what type of trip to take, and 61% when choosing a destination.

And, Marriott's well-aware of that. Their video marketing shenanigans have won them a plethora of awards, including,

Connoisseurs of video storytelling, Marriott first opened up its in-house video production studio in September 2014. Right off the bat, they hired two big guns from ABC and Disney, David Beebe and Karen Timpone, to kickstart their visual storytelling journey.

Marriott took its first step in the world of travel films with ‘Two Bellman,’ and got excellent response from their audience. The short film itself was an instant hit. It garnered,

After their initial success, they beefed up their team and hired creatives from CBS and Variety, and created 3 main teams in the studio - content development, production, and distribution. They began scaling their video content and driving commerce through compelling video content, because if they ‘didn’t publish enough quality content, the brand will lose it’s relevancy and perish.’

And they’ve been pretty successful at accomplishing their business goals. Marriott Traveler, their online travel and lifestyle publication, drove 7,200 bookings in just its first 90 days. French Kiss, one of their short films, got them $600,000 worth of bookings.

What was Marriott’s core reason behind creating an in-house production house?

To become the leading information provider in the travel industry, reach out to next-generation millennial travelers through video content, destroy organizational silos, and retain complete creative control over the content produced.

“The purpose is to create and establish original content as a key component of the company’s global marketing strategy.”

And their marketing strategy?

“Three Cs. Creating content that entertains, informs and provides value to people, building a community with the people by doing content right over and over again, and eventually driving commerce from that community.” — Beebe

1. Formed an emotional connection with their audience

Stories sell. And brands have caught on to this.

"We have clients that swear by long-form video," Adam Cohen Aslatei, senior director of marketing at Jun Group, told Marketing Dive. "We see chart-topping video completion rates of 90% plus with 3% to 6% of people taking a post-view action."

Marriott started off its visual storytelling journey with ‘Two Bellmen’ producing it at JW properties, and after it’s astounding success went on to create ‘Two Bellmen Two’ (7.9 million views) and ‘Two Bellmen Three’ (9.1 million views). The first two films were shorter and more experimental in nature (17 minutes and 19 minutes), while the 3rd installment was considerably longer (35 minutes) with an 80 percent completion rate.

Each of these was shot in a different country to highlight the global nature of the brand and get user data from all across the world. This user data was then used to retarget their audience and sell.

So instead of forcing their audience to watch 30-second ads, that most people skip without a second thought, they created content that people loved to watch.

“Our content strategy is built around customer first, and how do we engage with them, and how do we build lifetime loyalty with the brand? So the strategy is to stop interrupting what they’re interested in, and become what they’re interested in. And content is a great way to do that. It provides entertainment first, and then we’re asking them for a sell. So it’s building a relationship in a new way, using creative and content, that builds value.” — David Beebe

Notice how they don’t directly and obviously promote their brand. It’ll be subtle, and that’s the key to nailing travel and lifestyle content.

“You build a value exchange, and then hopefully when they’re traveling, they will consider you as a brand next time they’re booking a hotel because they’ll recall that you provided value for them first,” David Beebe says.

These were followed by several other short films, each a bigger success than the last. French Kiss, another short film produced in 2015 by JW Marriott, booked $600,000 worth of rooms in just 60 days, and their visual storytelling efforts paved way for license contracts with Hulu and Netflix worth millions.

2. Involved influencers in their Snapisodes

To tap into their younger audience base and promote their loyalty program ‘Marriott Rewards’, Marriott decided to create 3-minute episodic ads on Snapchat called, ‘Six days, seven nights’. It featured 4 popular influencers who explored different cities and shared their experiences with their SnapChat audience.

“We only have a limited amount of time to capture your attention, so we felt like these influencers have such a strong presence, they’re camera-ready, they have a built-in audience to really bring those brands to life.”
— Amanda Moore, at Marriott Rewards.

“Do unto others as you would have them do unto you”

Marriott ventured into category marketing (grouping together similar brands and marketing them) and created a video campaign with 4 of their hotel chains - Courtyard, Fairfield, SpringHill Suites and Four Points. This campaign not only helped Marriott to scale their portfolio and garner higher return on their marketing investment, but also gave their audience a glimpse into Marriott’s vast empire without overwhelming them.

At the center of this campaign is a 60-second video titled ‘Human’, which is followed by several 30 second ads of individual experiences. Inspired by real letters written to the brand by associates the campaign showed the human side of traveling.

“The ‘Golden Rule’ campaign personifies how our associates fundamentally go beyond making one’s bed to making someone’s day. With these four brands comprising a third of Marriott’s portfolio, we use our powerhouse status to celebrate human connections, whether it’s in Seattle or Singapore. Beyond a campaign, this illustrates that the hospitality we deliver at these four brands can serve as a guiding principle of how all people should treat each other.”

They further leveraged this campaign by asking users to post their fondest memory with Marriott and hashtag it #goldenrule.

After producing one hit after another, Beebe decided to lend his marketing expertise to Marriott’s internal team, as well. They worked on the brand’s strategy in HR, Employer Brand team, Corporate Communications, Internal Communications, and produced excellent pieces of visual content.

They’ve dedicated a whole new channel on YouTube to recruiting and have uploaded 97 enthralling videos that make you want to hand in your resignation ASAP and jump on the next plane to work at JW Marriott.

These videos not only push aspiring applicants to apply for job positions, but also reinforces brand culture among present employees. They’ve promoted diversity through their various campaigns to further make their mark in the travel and hospitality world. Their video content have driven over 4x the engagement of written posts and garnered millions of views, which prove that video content is as important for HR as it is for the marketing team.

According to Casual, social media channels where these videos were hosted have seen insane growth - Twitter grew 65%, LinkedIn grew 20%, Facebook grew to 1.2 million - and the brand’s CRM ‘Stay in Touch’ database has received over 1.6 million job applicants, with over 25% open rates.

Think video-first and get creative with your video

Your audience is watching videos more than ever, so use video to engage (and ultimately sell) them. That’s exactly how Marriott became one of the biggest brands in the travel and hospitality industry.

“How does a brand that’s been around since 1927 continue to evolve and adapt and stay relevant?”
“You need to innovate."