In-House vs. Agency: Which One is Better For Your Video Production and Why? 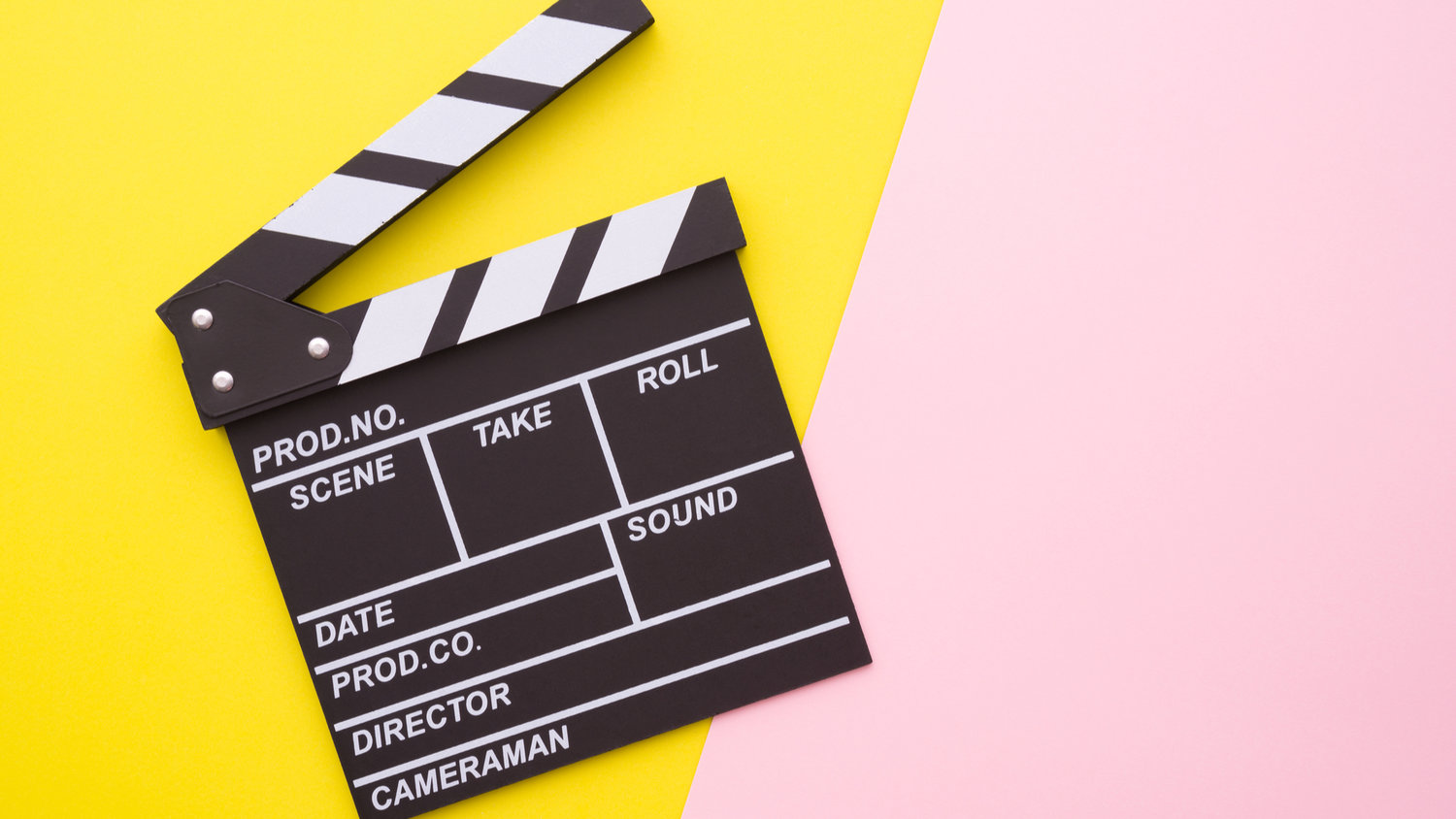 You’ve probably heard that video is a mega trend in the digital world. At least, that’s what Mark says.

4X as many customers would rather watch a video about a product than read about it. And 70% of marketers claim video generates more conversions than any other type of content.

Brands are acknowledging that video’s not just another fad, it’s here to stay. From short and informal social media videos to high-grade, professional looking brand films - brands are (and will be) using video for marketing, HR, internal communication, sales, and pretty much everything else.

Now that brands understand the sheer importance of adding video content to their digital mix, the next question is how do they start creating videos? Outsourcing video production or in-house video studio?

Traditionally, all video content for brands was created by ad agencies/video production agencies. Now it's often a mixture of in-house producers and agencies.

72% of companies use a combination of outsourced and in-house talent.

So, at what point in your video creation journey should you think about setting up your own in-house studio? When is it smarter to hand over video creation to experts in an external video agency?

When should you hire an agency, or a freelancer if you’re on a budget, to create video content for your brand?

A startup looking to create their first product video or sales video for their website may need to outsource their video production initially. They’re still new to video production and don’t have the expertise, time, or the budget required to create an elaborate in-house video production unit. There’s a lot involved - video equipment and maintenance, pre-production processes, scripting, location scouting, shooting, special effects and post-production editing. The entire process can get a little daunting at first.

If an organization has just recently dipped their toes in the shaky waters of video production, it makes sense to wait and see how their audience responds to video first. Once they decide to scale their video production, they can always build an in-house studio.

That’s exactly what Wipster did. In our early days, we used to outsource our big brand-centred video content, but now we make majority of our launch videos, how-to’s, vlogs and most of our video content in-house.

An affordable option (if startups cannot fork out huge amounts of money hiring video production agencies) is hiring a fresh grad or a freelancer to create videos. Initially, we outsourced to freelancers as well, and when our video content production grew, we hired one of those freelancers to come on full time. This is a great option for start-ups and businesses that can’t afford to build an in-house studio.

Since many freelancers work on word of mouth, you can ask industry peers on people they’ve worked with and can recommend for video content. Hiring recent university graduates are also a great option, as they’re eager to work and have the skills, but often don’t cost as much as a professional with years of experience.

And if everything fails, Fivrr, Upwork, Freelancer, Guru are some popular websites to find freelance video producers.

RedBull, Pepsi, and several other brands that produce stunning video campaigns have in-house video production units, but even they occasionally work with external agencies to produce professional-level video campaigns. Only 7% of companies create videos entirely in-house.

"For every brand do-it-yourself content publishing success story, there's a much larger number of failed attempts. Brands that lack creative core competencies may be surprised at the costs and cultural challenges involved in building a world-class in-house capability.”

Marriott, despite having an uber-successful in-house media unit, occasionally uses different video production agencies to create different videos for their marketing campaign. They hired Visual Country to work on a stop-motion video series to represent Tribute Hotels. They played to their strengths and knew that the experts would do stop-motion better so brought them in.

When you’re in a creative rut and are finding it hard to come up with new video ideas, it’s a smart decision to rope in an agency and benefit from their expert creative advice. Or if you simply don’t want to risk mediocre content or uniform creativity, it’s always best to hand video production to experts.

Also, sometimes when working closely on a video project, you need a fresh pair of eyes to come in and polish your video content. They can determine which cut fits best in the video, fix glaring errors (which you might not have noticed), and make the video flow better.

You don’t need to hand the entire video content strategy to them, but working with an agency sporadically can be a huge help. Since these agencies have worked with similar businesses and produce amazing content for them, you’ll be in safe hands. Another option is to bring on a consultant or a freelancer to come in with a fresh set of eyes and new creative ideas to reinvigorate the team.

To build an in-house video studio, or not to?

Going into 2019, all brands need to think about creating an in-house video studio of some sort to produce small-scale videos. And in the early days, you don’t need all that much in an in-house studio. A few essential equipments and bringing on 1-2 key hires (1 editor, 1 producer) can ramp things up significantly. Employees can be taught how to use basic video equipment and encouraged to create videos to document their journey, for personal and professional use.

So, when should you start building your in-house video studio?

73% of marketers plan to increase their use of video in the near future.

If you’re one of them and would like to scale your video production, and you’re getting good ROI with video, then creating an in-house video studio is a great option for you. Even if you decide to hire an agency for bigger projects (brand films, and the likes), there’s still training videos for employees, HR, internal comms, and social media that you can easily create in-house.

Not only will it save you money in the long term, help you scale video production, experiment with a plethora of different video types, but also give you space for a bit of trial and error. And you can build a studio according to your budget, adding equipment and building a great, expert team with time.

That’s what Progressive insurance did. They invested in an in-house studio back in 2012, purchased great equipment within their budget, and hired creative specialists to produce most of their videos in-house.

"As the marketing landscape changed during the past five years or so, video has become a larger part of our marketing mix. At the same time, the cost for obtaining high-end professional video equipment, hardware and software was dropping due to advances in technology."

With time, you can also go the Red Bull route and turn your in-house studio into a media company, offering other brands partnerships and creating revenue with the content you produce.

The possibilities are endless.

For example, it’s much more convenient to create social media shorts in-house. They are a quick turnaround, you can shoot the reference footage yourself, team members are on-hand to participate, it’s less time-consuming, and requires barely any budget. Since video is exploding on social media, this way you can also experiment with different types of social media videos, tweak videos for different platforms, run multiple campaigns at once and figure out what kind of videos your audience like best without forking out a fortune on agencies.

Warby Parker’s social media videos are a great example of short, quirky, and interesting video content that can easily be created in-house with the most basic of equipments. With 82k views, over a 100 shares, and 150 comments this video is a clear win.

Similarly, office culture and employee videos can easily be created in-house, as well. This way you can ensure brand consistency, give a humane touch to your videos, stay within the boundaries of your budget, and create as many videos as possible without blowing up your budget (as when outsourcing, you usually have to pay per video).

Ever had a rad content idea while showering? With an in-house studio, you can quickly grab your video camera and other essential gear, shoot and put that idea into practice, and upload it on social media to see if it works. All within a day’s work.

Having an in-house studio comes in handy when you’d like some sort of creative control over the content produced. It allows you to inject an authentic voice in your videos, incorporate a strong brand story, control how it’s delivered to your consumers, analyse video results at leisure with everyone, and most importantly, bring your organization together as a family — when you work in accounting and see Mike from marketing making an impromptu video for social media, it makes the organization more connected and fun. It also allows employees to quickly get together and shoot some fun behind-the-scenes, office videos, or come alive on Instagram Stories.

You can do a bit of trial and error to see what kind of videos your audience like best. So, instead of going back and forth with an agency to get your vision and voice right, try doing it yourself.

It all comes down to your goals

Producing video in-house or hiring a production agency comes down to your goals - what kind of video are you looking for? Youtube and social media clips or high-budget brand films? Or maybe a mix of both.

So revisit your video goals and then decide the best option for your brand’s video needs.