The Key to Video Success: How to align your team to achieve video nirvana 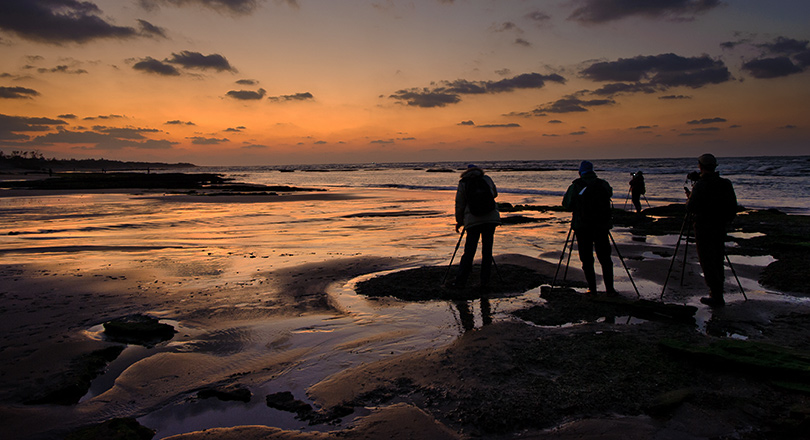 I’ve seen it happen far too many times. We’re a few weeks into production and we start hearing things like, “Sorry guys, we need to regroup internally, we have some differences of opinion. We’ll get back to you.” Weeks pass. Momentum fades. The timeline is shot and production costs are mounting. It never turns out well. And it almost always comes down to one thing: alignment.

So what happened? Often our client has failed to properly set expectations internally. The key stakeholders aren’t on the same page when it comes to the purpose of the video: sales want to use the video to sell more product, customer service is itching to use it to train current customers, and the CEO has a different idea altogether. And that’s before we get into different opinions on tone, style, voice, color palette and length.

Having an aligned team is the key to a successful video production. Before you write a single line, draw a single frame, or shoot a single scene, you and your team (or client), must have unanimous clarity on the singular objective of your video. This alignment means a clear direction for the creative team, a production that comes in on time and on budget, and a final product that everyone is happy with.

So how do you achieve alignment? Here are four ways to get started:

1. Get the right people involved

As you might expect, the smaller the team, the easier it is to get into alignment. Unfortunately, video has a way of pulling people out of the woodwork – everyone wants to put their mark on the production. If you can keep the team of decision makers to three or four, you’re in pretty good shape. Get much beyond that and things get increasingly more difficult.

And it’s not just the number of people; you want to be sure it’s the right people. Does Dawn from accounting really need to have a voice? If you need more than three or four people involved, bring them in only as needed. The CEO may want to sign off on the script or storyboard, but that should be it. In and out. And if you’re bringing in outsiders throughout the production, make sure you brief them on the singular objective of the video before they start giving you their thoughts.

Once you have a core team in place, get in a room and hash out the purpose of the video. Talk through who the audience for this particular piece will be, what you’d like to communicate, and what action you’re hoping they’ll take at the end. People often try to make a video accomplish too many things, which results in a watered-down, subpar product. Figure out what it is that really matters and cut out everything else.

It also helps to set expectations for the quality of the final video. Is the team expecting a Hollywood-level production, or something down and dirty? Find some samples if you can and include them in the brief. A simple exercise like this can save headaches and heartache down the road.

In most cases, the core team will have a list of “must-haves” in their heads. These are things beyond the main objective that the video should deliver on; perhaps it’s a certain style (e.g. animation or live action), a call-to-action, or a keyword or phrase to include.

Just as important is the “must-not-have” list. Maybe it’s an industry stereotype, jargon, a tone of voice, or the type of music. The important thing is that the core team agrees on the list and makes it clear to the creative team producing the video. These two lists establish boundaries for the production and tell the creatives what to include and what to avoid while leaving everything else as fair, creative game.

4. Empower someone with final say

As much as you try to set expectations and have a perfectly aligned team, there are going to be decisions that not everyone agrees on. In cases like this, it’s best to go back to that singular objective. Try to view your decision in light of that objective and find the solution that best adheres to the purpose of the video.

And if that doesn’t work, look to the person with the final say. They should be appointed before you get started, and they will be the tie breaker should you encounter choices that not everyone agrees on. Having this person in place helps keep things moving and avoids costly delays.

So next time you’re getting ready to press record, take a step back and make sure you have team alignment first. Trust me, you’ll be happy you did.

Andrew Follett is the founder of Demo Duck, a Chicago video production company, and Video Brewery where he makes animated explainer videos for companies small and large. He enjoys travel, tennis, Seinfeld quotes and lives in Chicago with his wife and two kids.

E-Learning solution provider AGuyIKnow was established by Englishman Graham Hall back in 2015.  At that time, Graham developed engaging e-learning...

Sure, there’s an unprecedented amount of content being produced, which means greater competition in the...

How Marriott Became The No. 1 Luxury Brand Thanks to Their Video Content Strategy

Do you binge-watch travel vlogs when you’re thinking about taking a trip?